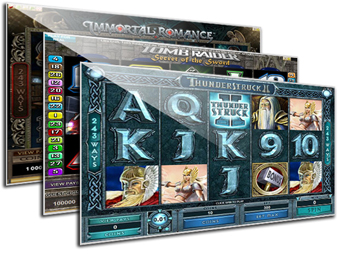 As a theme type for slot games, Mythical seems to be growing ever more popular every year. The original Gods of slots for me are Zeus, Kronos and Thor. But there are many spin-offs and games with connections to Mythology and they are the ones I am most interested in.

Inspiration for the Gods of Slots
I had started building some micro sites based on my favorite games and I was using domains that were a bit too close to the name of the game. This meant I was getting heat off the manufacturer and eventually I had to pull the sites down. I realized that lots of the games I had written about were on a similar theme and a brainwave occurred. I brought all the game reviews, free play games and videos together and built them into one site. Hence the creation of Gods of Slots (GoS).

My background
I have been playing slots for over ten years now. I started out in casinos and fondly remember my first play on the original Zeus slot cabinet in Vegas in 2006. Since then I have played all the follow ups as well as many other WMS slots. I now play online when I can and enjoy Microgaming, Playtech and IGT slots mostly. I got into writing about slots as I saw an opportunity, due to the lack of useful information for players online. I have a string of other sites, some of which you may see referenced on this site.