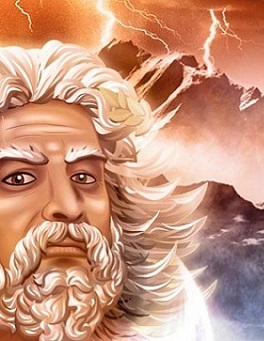 For as long as I have known mythical gods have been a fitting theme for slot games. The clapping of thunder in Zeus or the giant god figures in Kronos are just a few examples of very recognizable sights and sounds from games of this genre. It is hard to work out what it is about mythical gods which makes them such a good theme, but maybe its that constant urge from players for divine intervention to take place and reward them with the big win!

Mythical god slots onlineThe emergence of slots on the internet led to a whole new breed of ‘mythical god themed slots’ being developed by slot manufacturers. Possibly one of the most popular of these was Microgaming’s Thunderstruck. A simple 9 payline slot caught the imagination of players, with its scatter rams and highly volatile nature. WMS, commonly referred to as Williams Interactive released a number of their most popular mythical god titles in 2010. This led to others taking notice and releasing their own. Playtech developed the Marvel themed slot Thor and RTG had long been accepting wagers on Triton’s Treasure (underwater god).

The future looks very bright for the Gods of slots, with many more mythical characters expected to make their way into a casino online and mobile soon. I intend to review and video as many of these games as I can and add them to this site for your interest. Should their be any mythical god slots that I have missed then please visit the contact us page at the bottom of the site and let me know what I have missed. I enjoy these games a lot and am always keen to review new ones.