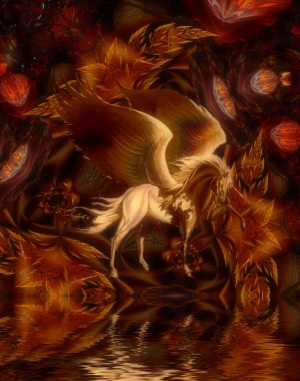 The ‘Mythical Theme’ is not a new thing in slot machines, with many popular land based games being created with one. A good example might be the WMS slot Kingdom of the Titans (which has been released online now).  However, in recent years there has been an explosion in slots with a mythical theme and many of them have become favorites with players. Some of them will seem pretty obvious, like the mobile slot game Myth from Play ‘N’ Go and others not so obvious such as the Net Ent’s Pandora’s Box. Both of which include characters from historical stories of Greek Mythology.

You can expect more to come, as this type of theme has been proving popular in lots of areas. For example, with so many movies being made with a ‘mythical theme’, it is only a matter of time before their is a tie up with a major slot manufacturer to produce a licensed slot game in its honor. There are lots of new opportunities coming up all the time and the more these manufacturers look for new ideas the more mythical themed slots will be developed.

I do my best to find as many of the mythical themed slots to write about here at godsofslots.com, but if you think there are some that I have missed then please visit my contact us page and make a suggestion. I love playing new undiscovered games so it will be fun for me to investigate any suggestions. In the mean time I will keep playing lots of these slot games that I really enjoy – my little escape from the real world every now and then, haha.